There i said it- being single, when you dont want to be, can be hard.

I mean, i appreciate being able to come home tired and decide all i will do before going to bed is watch Gilmore girls for like the 4th time. And I appreciate that I have a lot of ‘Me’ time that I can dedicate to the things that are truly important to me. And yes, I really, really appreciate being able to call my family and saying’Hey guys, I got this 10 month opportunity in Tanzania which I really want to explore so… adios amigos’

Plussss. I want to be building my life with someone special. Even if its hard.

Anyway, I’m going to put down the top ten things I hate about being single.

And I’m going to start with…
END_OF_DOCUMENT_TOKEN_TO_BE_REPLACED

Joy To the World 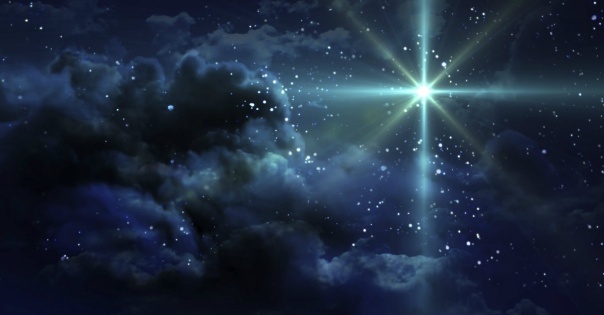 One still winter’s day, a long long time ago

The earth went about her business, the heavens too

‘It was just another night’

But they didn’t know, that night would be like none they had ever seen

For that night, a small voice would whisper…

And say ‘Joy to the World’

‘Is it true?’ She asked in wonder. ‘Do I dare believe it’

She rushed outside and looked to the heavens. She saw a star.

…the best hospitals, a tirade of servants, a mansion…

Earth sang for joy, the first time in years.

She saw her healing.

The King is coming.

Mankind was in his prison cell when he heard

His pulse quickened, then fear and uncertainty stilled it

He had been in jail for so long. Was freedom really possible?

He looked out and saw a great light in a distance

With a laugh of exultation, he pumped his fists in the air…

…he must start exercising, training… preparing for battle

He saw his release.

The Saviour is coming.

The Evil one sat drinking with Death and Hades

The devil stood up slowly, disbelief etched on his feautures.

Then he heard the sound of a woman in labour

He summoned The Strongman, captain of his guard

‘Prepare for the war of wars’

He saw his destruction.

The enemy had come.

The angels about thier duties looked amongst themselves in wonder

The light of all eternity in that foul dark place?

The King of kings, a subject in that unworthy land?

Wondering at the love of the Master, the choir gathered and sang ‘Glory to God in the highest’

The warriors gathered and prepared their sickles

They saw thier triumph

A harvest was coming

Jesus heard and got up from the throne. Determined.

As He removed His crown of glory, he looked down…

Earth was preparing mansions when he would have no home

Mankind was preparing his muscles when He wanted his heart

As He walked along the crystal sea to the gates, angels bowed in worship

But with all these, he saw other things…

For though the Earth seemed happy, she was a leper, covered with festering sores

Though Mankind was preparing to help himself, he was a cripple

He saw His death… still He saw me

‘I will save them’

As Love took a step down that day

Nothing was ever the same again

History for eternity was changed that night

For ‘Joy to The World, the Lord is Come’

I have lost track of time,
I swapped tracking how long it will take you to find me,
For if you will ever find me.

First I made sure I couldn’t be found,
Am I not making this too difficult?
Then I let the crown of my shoe show,
Do I change my location?
And then I changed location,
Sneaking…….really hopeful you would catch me in transit.

I can’t hear footsteps anymore
I induced choking,
No one came to my rescue.

I know how I worked hard to find you,
I knew I wanted to get you,
Did you give up on me?
Did I take this too far?
Should I just become the seeker?
Would you be glad I found you instead?

Then there would be no scream,
No pure laughter
No excitement,

Just realization that you gave up,
I wasn’t worth the chase,
A lesson never to form “hard to get”
The fact that boredom led you to me,
that you don’t have to find me,
And that the game ends when you are tired.

I was lying down on the sofa in the sitting room, eyes half closed, enduring all the noise around me.

I could hear my six year old son, Sanmi (I’m a single mum by the way) playing noisily in our bedroom.

Something crashed. I sighed.

My other flatmates were home – Banke and Ify were in the kitchen talking excitedly. Banke’s turn to cook. Great. Dinner was obviously going to be burnt. Thelma was singing very loudly from the bathroom, which is not even close to the sitting room, where I was. Tone it down a little, maybe?

At that moment, the sitting room door opened and Girlie (real name Abigail), my fourth flatmate walked in.

Before I could say anything, she exclaimed angrily

‘Nana, you’re not the only one living in this flat and yet you’re lying on the sofa with your shoes on. Is it fair?’

She hissed and made for her room

‘We correct Sanmi, we have to correct you too. Na wa O’ END_OF_DOCUMENT_TOKEN_TO_BE_REPLACED

My anticipation is high,

Where are you hiding?

Where would I hide if it were me?

Heart and head racing faster than my legs,

I have to find you ASAP.

You are somewhere, happy someone is in search of you,

I know you don’t want to be found ,

Yet you hope to be found.

Taking a walk/search down familiar spots,

I take a trip on memory lane,

Trying to search places you would want to be found,

I know I will find you,

While I walk I activate my super power

I am searching for you,

At the same time, I am painting a vivid image of the look on your face when I find you,

And then it’s your turn……..find me if you can